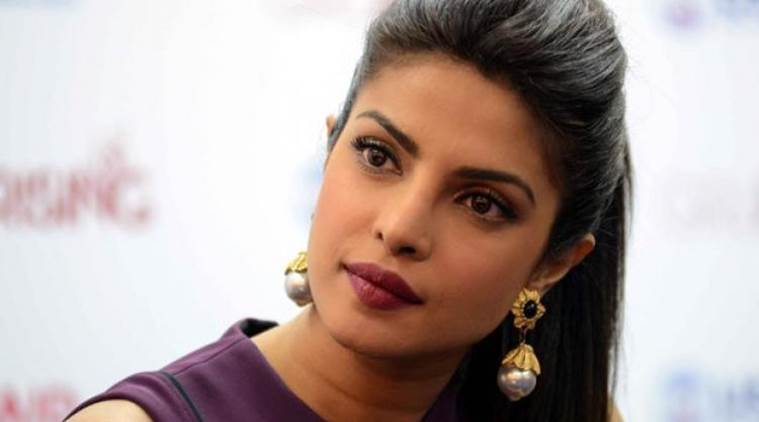 If You Are Getting Into Bollywood, Here Are Some Women You Need to Know

If you google top Bollywood actors, you’ll get a list of male Bollywood stars ranked by how much money they make. If you google top Bollywood actresses, you will get a list of women ranked by how beautiful they are. Bollywood puts an overwhelming value on appearances for all genders, but even more so for women. You may also notice that I have chosen to list more actresses here than I did on my post for actors. This is because there seem to be so many more women working alongside the same revolving door of male leads, or “heroes.” It is also that there are so many exceptional women working in Hindi film that are trying in fits and starts to transform the industry from the inside. In no strict order, here are five of my top 15:

Priyanka Chopra: PC is perhaps the most famous Indian woman in the world at the moment. Her Bollywood career has already spanned almost twenty years and now she is making a name for herself in America. She has graced many magazine covers and advertisements all over North America. Naturally, many Americans are wondering who this new star is and some mistakenly think she is new to acting or to the entertainment industry.

Priyanka Chopra won the pageant title of Miss World in 2000, proudly representing India. She began her film career in the Tamil-language movie Thamizahn in 2002 and her first Hindi movie came that same year in The Hero: Love Story of  a Spy. Her first commercial success came with Mujhse Shaadi Karogi in 2004 opposite Akshay Kumar and Salman Khan. Chopra now has 63 film credits to her name on IMDb, nearly all of them Indian. Her popularity was built on her beauty and dancing, but has persisted through the years thanks to her work ethic and commitment to proving herself in many different roles. In 2014, she played Indian boxer Mary Kom in a film of the same name. Some criticized the casting on the grounds that Chopra did not share any of Kom’s features or Assamese heritage, but the movie was a step forward for depictions of women athletes in Indian cinema. In 2015, Chopra was cast as the lead in the ABC series Quantico about an FBI recruit caught up in intrigue after a horrible crime. In 2017, she played the villain Victoria Leeds in Baywatch.

Priyanka Chopra has proven herself to be one of the most versatile, hard working, and marketable talents out of India even if her commitment to unpredictability has sometimes landed her in less than quality films. In her best performances she owns the scene, and her characters are complicated and determined. My favorite Priyanka Chopra performance may be as Kashibai in 2014’s Bajirao Mastani. Although Ranveer Singh and Deepika Paudukone play the star-crossed lovers, Chopra as Bajirao’s first love and wife is mesmerizing and the weight of her performance makes the romantic triangle spark with tension.

Kangana Ranaut: If Priyanka Chopra is the most recognizable Bollywood actress, Kangana Ranaut is the most controversial, but also one of the most interesting. She gave up on being a doctor to pursue modeling and acting in New Delhi. She is now one of the most awarded and successful Indian actresses, choosing movies with more developed female roles.

Her first role was as an alcoholic in Gangster from 2004. Her performance was a hit with the critics. Her most well-known roles include Krrish 3, Fashion, and Tanu Weds Manu (one of my favorites). She has a knack for playing the rebellious, vivacious, or misplaced. Perhaps he est role so far was Rani in 2014’s Queen, a jilted bride who goes on her European honeymoon anyway. I loved this character because she is a shy, conservative girl who goes on an adventure and becomes more herself. It’s a can’t miss and it’s on Netflix!

Recently, Kangana has attracted a lot of media attention for holding nothing back on what she thinks of how Bollywood works. As an outsider in the industry she has criticized Bollywood’s nepotism and has openly criticized exes like Hrithik Roshan.

What to Watch Her In: Fashion, Queen, Tanu Weds Manu, Once Upon A Time in Mumbai, Gangster. She has a new movie called Simran about a woman with mental illness coming out this fall. Queen and Tanu Weds Manu are on Netflix!

Deepika Padukone is one of my personal favorites. If first saw her in the less than spectacular Shahrukh Khan starrer Chennai Express. The movie is cute but forgettable but I was totally captured by Padukone, one of the most striking women I’ve ever seen. She has since proved her acting chops in romantic dramas like Goliyon Ki Raasleela Ram-Leela, Bajirao Mastani, and Yeh Jawaani Hai Deewani. Her first movie was the Kannada- language film Aishwarya. Her first Hindi movie then followed in 2007. Like many of the other women on this list Deepika won the Filmfare award for best female debut for her first film- Om Shanti Om. Many of her movies struggled commercially at first, but she has now starred in some of the highest-grossing films of the last decade.

Deepika keeps her personal life very much under wraps since her highly publicized break up with Ranbir Kapoor in 2009. However, it’s an open secret that she is in a relationship with actor Ranveer Singh. They’re one of the most “shipped” couples in Bollywood. Like Priyanka Chopra, Deepika has branched out into Hollywood. Last year she starred alongside Vin Diesel in the action movie XxX: The Return of Xander Cage. Her performance in this movie was popular with English-speaking audiences and had many asking who this “newcomer” was with no idea that she is already one of the most famous actresses in the world.

What you can watch her in: Cocktail, Bajirao Mastani, Yeh Deewani Hai Jeewani, Piku

Kareena Kapoor is one of the queens of Bollywood. Her image and work has had much influence over not just the industry, but also the entertainment and beauty culture in India. Many credit her appearance in a black bathing suit in the movie Kambakkht Ishq with fueling the “size zero” craze. She recently became a mother for the first time and the anticipation of this event in India rivaled the birth of the British royal baby in 2013. However, we’re here to talk about her career.

Kareena Kapoor has starred in some of the most culturally influential movies of the 2000s and 2010s. Her role as Pooja (or, Poo) in Kabhi Khushie Kabhi Gham is an all time favorite among millenials who grew up quoting some of Poo’s best lines (“Good looks, good looks, good looks”).  3 Idiots, in which she stars, may be one of the most popular Bollywood movies of all time and is frequently recommended to people who are new to Hindi cinema. Kareena also managed to make the role of the manic pixie dream girl in 2004’s Jab We Met fun and interesting, sometimes outshining her co-star who is meant to be the main character.Another line from this movie, “Main apni favorite huun” (I am my favorite) is a self-esteem mantra. In an industry that used to kick out women over 35, the thirty six year old Kareena show no sign of stopping anytime soon and we’re all better for it!

What to watch her in: Kabhi Khushie Kabhi Gaam, Bajrangi Bhijaan, Chameli, 3 Idiots, Jab We Met

Aishwarya Rai Bachchan is also Bollywood royalty, not only because of her fame but because she married into Bollywood’s most famous family, the Bachchans. She won the title of Miss World in 1994 and began acting in movies shortly thereafter. Her first film was actually in Tamil, in 1997’s Iruvar. Her first Hindi movie was Aur Pyaar Ho Gaya also in 1997. Perphaps the biggest movie of her career came in 2002 with Devdas, which also starred Madhuri Dixit and Shahrukh Khan (see my post: “Five Bollywood Actors You Need to Know Right Now”). She won Filmfare award for that role as well as for her role in Hum Dil Chuke Sanam. Holywood fans might recognize her from Bride and Prejudice (2004).

The first movie I saw her in was 2008’s Jodhaa Akbar in which she plays the determined and tenderhearted Hindu wife of Emperor Akbar. Perhaps its sentimentality, but I think this will always be my favorite role of hers. Like Kareena, Aishwarya has also become a mother and continued to work in Bollywood, drawing lots of money to the box office in movies like Ae Dil Hai Mushkil.

This is only the tip of the iceberg for amazing women in Bollywood so stay tuned for more!

Welcome! This site is for those who who are new to Bollywood as well as those who already love it.